What is Agaricus, the “Mushroom of God”?

“What is Agaricus, the “Mushroom of God”? 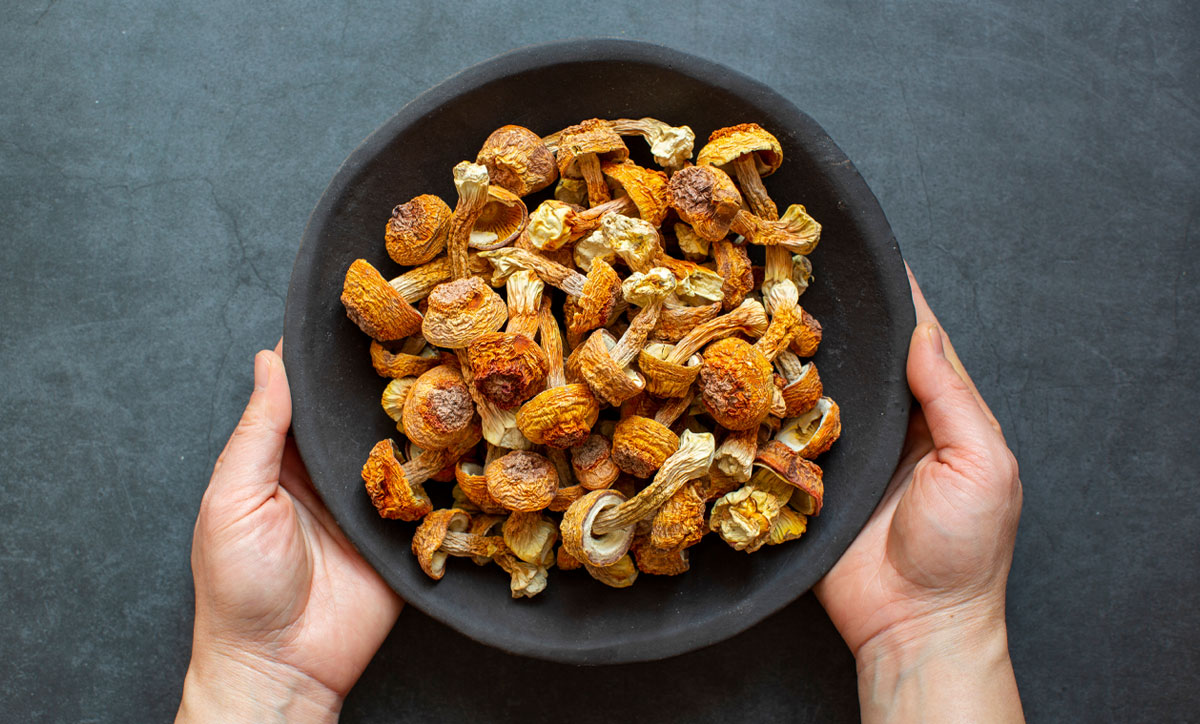 Another powerful ingredient contained in Umi No Shizuku, alongside fucoidan, is agaricus. The scientific name of this mushroom is Agaricus blazei Murill, while in Japan it is called either “hime-matsutake” or “kawari-haratake”.

The agaricus mushroom has been long treasured; certainly by the late 1800s there are records showing that its medicinal properties were recognized. Despite this, it is only recently that researchers around the world have started to focus their attention on this incredible mushroom.

Back in the 1960s, the inhabitants of the Piedade region of São Paulo in Brazil were widely known for their good health and longevity. In the process of trying to understand why, researchers discovered that the agaricus mushroom, which grew in the region, formed part of the daily diet of the Piedade villagers. This led to the pharmacological effects of the agaricus mushroom being studied in the United States.

The agaricus mushroom is rich in nutrients, including proteins, vitamins, and minerals. Most importantly, it has a higher concentration of the polysaccharide β-glucan–found only in mushrooms–than other types. β-glucan is thought to help support immunity, and its discovery provides evidence to the long-held belief that there are health benefits to ingesting the agaricus mushroom.

Fucoidan and agaricus together: a synergistic effect

The research and development process for Umi No Shizuku focused on creating a supplement that offered ultimate immunity support. The agaricus mushroom was one of the materials we considered pairing with fucoidan. 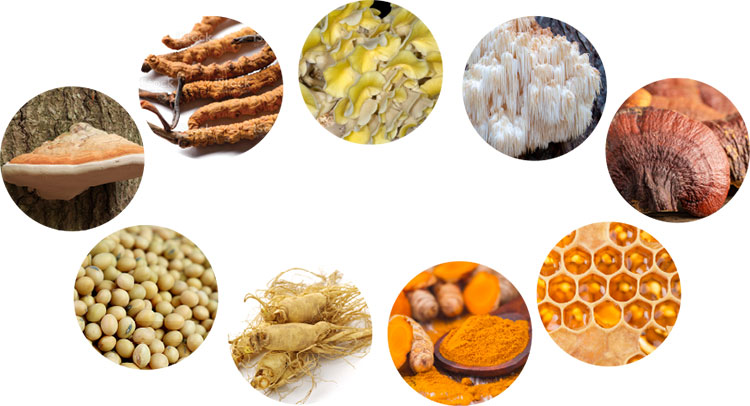 Choosing mycelium over the fruiting body 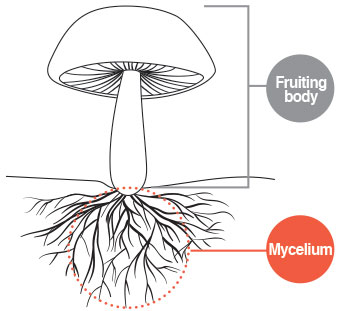 Mushrooms have two distinct parts: what we call the “fruiting body”, which is the part normally consumed, and something called “mycelium”, which is the thread-like structure of its rooting system. The composition of these two parts is different, and the agaricus mushroom is no exception. In the agaricus mushroom, the highest concentration of β-glucan–thought to be the source of its beneficial effects–is found in the fruiting body. However, at Umi No Shizuku, we use the mycelium, since it is safer and, as well as the β-glucan, contains a better balance of other nutrients, including proteins, amino acids, and minerals. 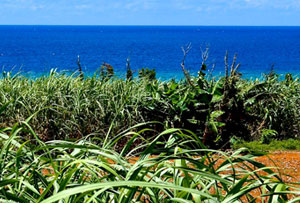 The agaricus mushroom used in Umi No Shizuku is distinct in other ways too. In general, mushrooms are cultivated using sawdust and wood scrap as a culture medium. However, the agaricus mushroom is vulnerable to a wide range of bacteria, making it challenging to grow them on sawdust. It is possible to grow agaricus quickly in liquid culture, but the speed of cultivation results in decreased functionality. In response, at Umi No Shizuku we use a unique alternative to sawdust: sugarcane bagasse cultivation. 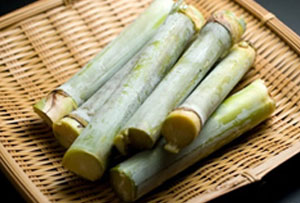 “Bagasse” refers to the fibrous material left after the juice has been extracted from sugarcane. Bagasse-cultivated agaricus mushrooms are packed with nutrients, having been able to lay down roots in a solid culture medium that’s clean and nutrient-rich.
Umi No Shizuku is formulated with a unique blend of bagasse-cultivated agaricus mycelium and two types of fucoidan (Mozuku [Cladosiphon okamuranus] and Mekabu [Undaria pinnatifida], developed to offer ultimate immunity support.

We use cookies on our website to give you the most relevant experience by remembering your preferences and repeat visits. By clicking “Accept”, you consent to the use of ALL the cookies.
.
Cookie SettingsAccept
Manage consent

This website uses cookies to improve your experience while you navigate through the website. Out of these, the cookies that are categorized as necessary are stored on your browser as they are essential for the working of basic functionalities of the website. We also use third-party cookies that help us analyze and understand how you use this website. These cookies will be stored in your browser only with your consent. You also have the option to opt-out of these cookies. But opting out of some of these cookies may affect your browsing experience.
Necessary Always Enabled
Necessary cookies are absolutely essential for the website to function properly. These cookies ensure basic functionalities and security features of the website, anonymously.
Functional
Functional cookies help to perform certain functionalities like sharing the content of the website on social media platforms, collect feedbacks, and other third-party features.
Performance
Performance cookies are used to understand and analyze the key performance indexes of the website which helps in delivering a better user experience for the visitors.
Analytics
Analytical cookies are used to understand how visitors interact with the website. These cookies help provide information on metrics the number of visitors, bounce rate, traffic source, etc.
Advertisement
Advertisement cookies are used to provide visitors with relevant ads and marketing campaigns. These cookies track visitors across websites and collect information to provide customized ads.
Others
Other uncategorized cookies are those that are being analyzed and have not been classified into a category as yet.
SAVE & ACCEPT